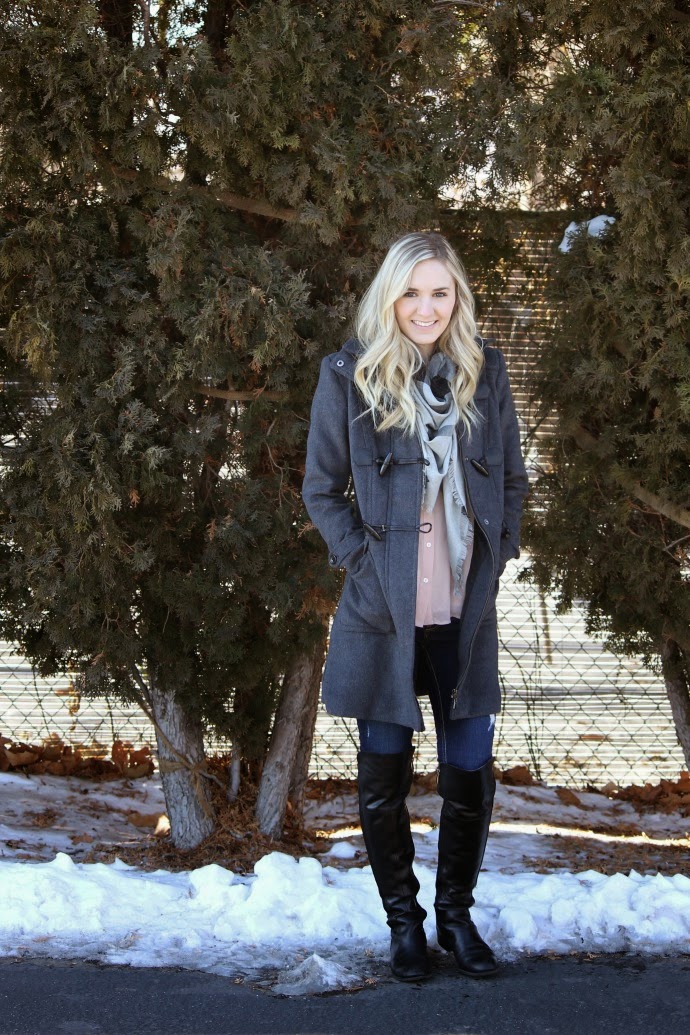 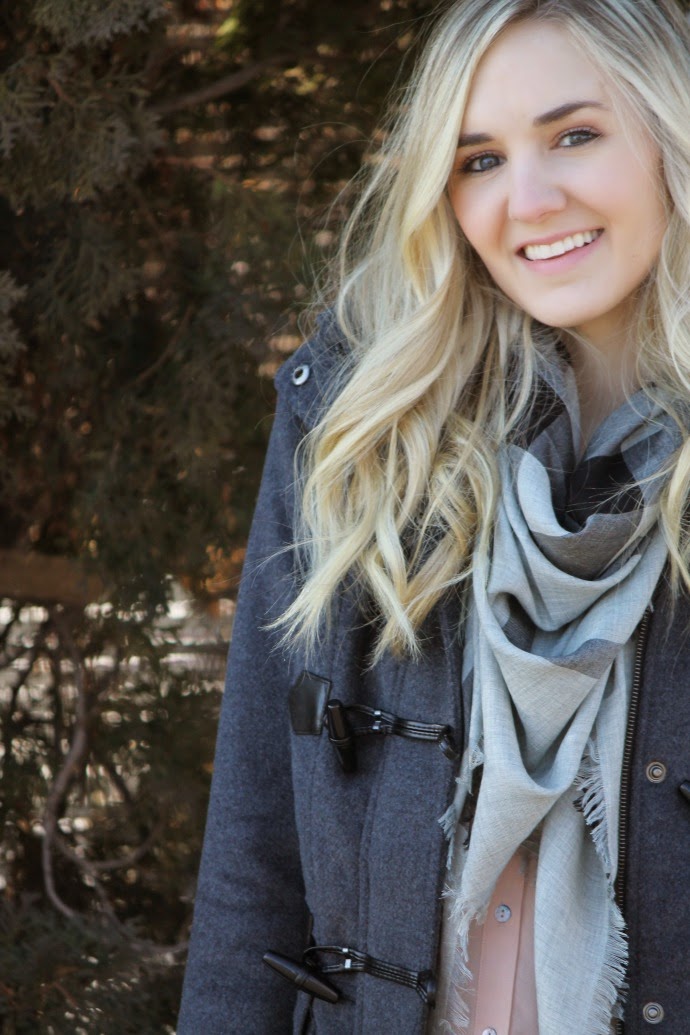 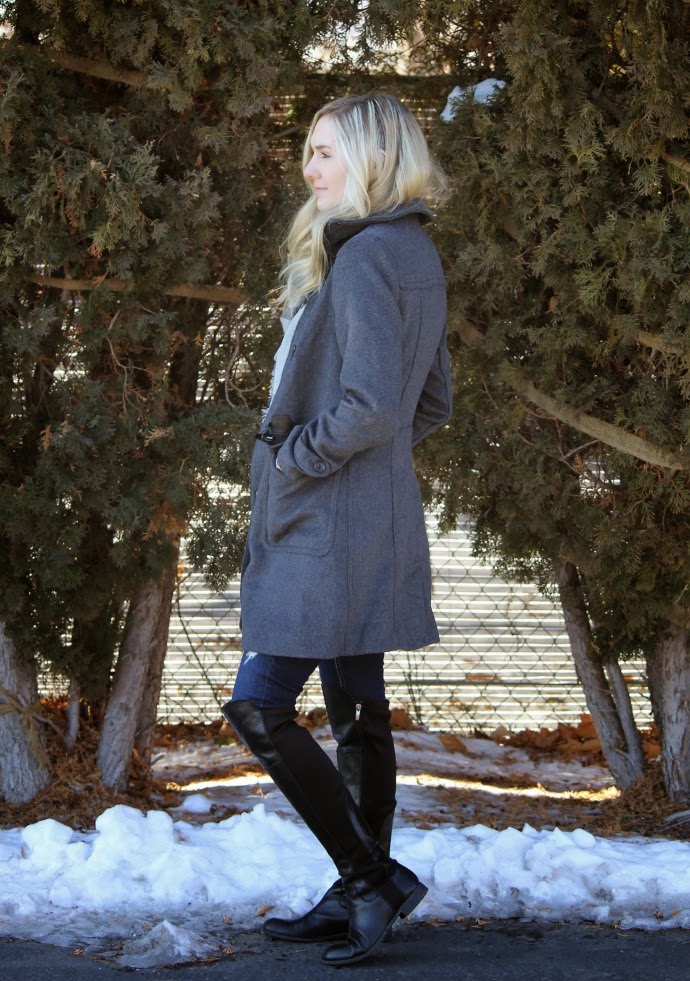 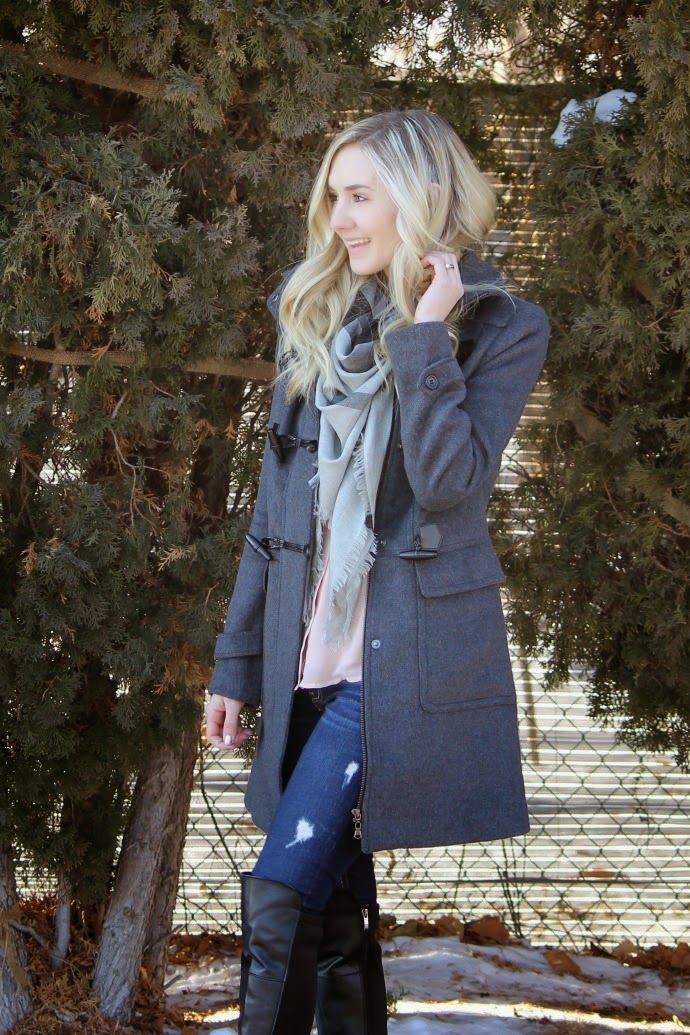 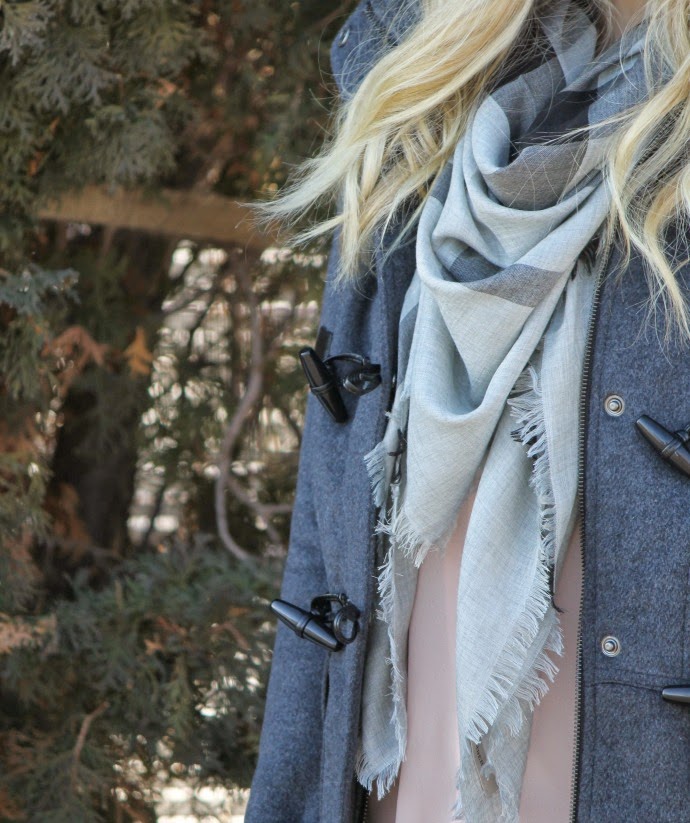 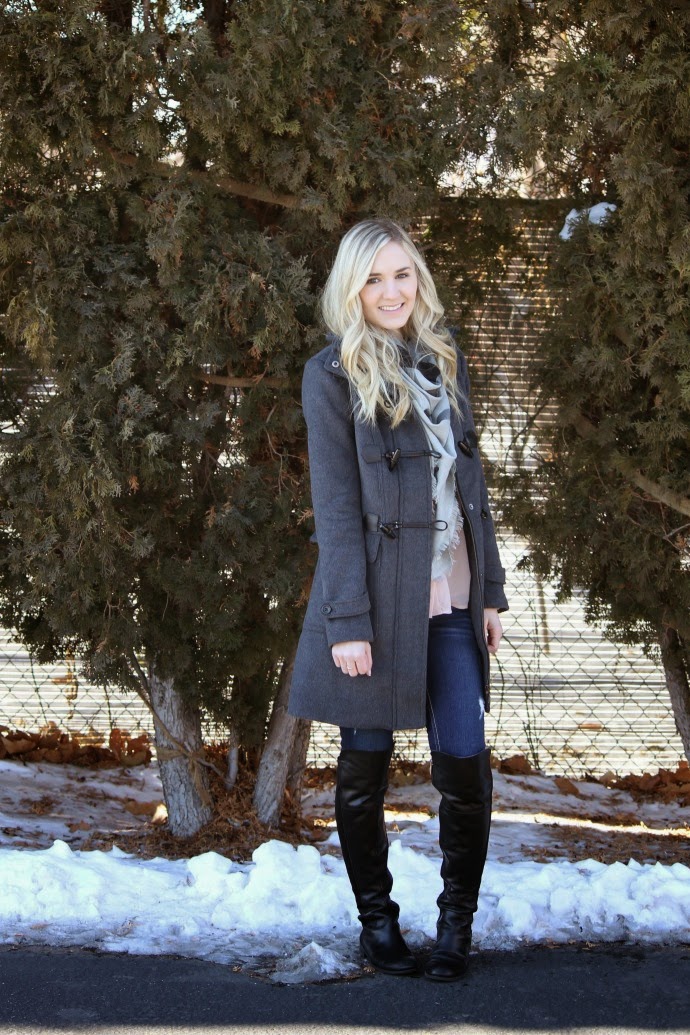 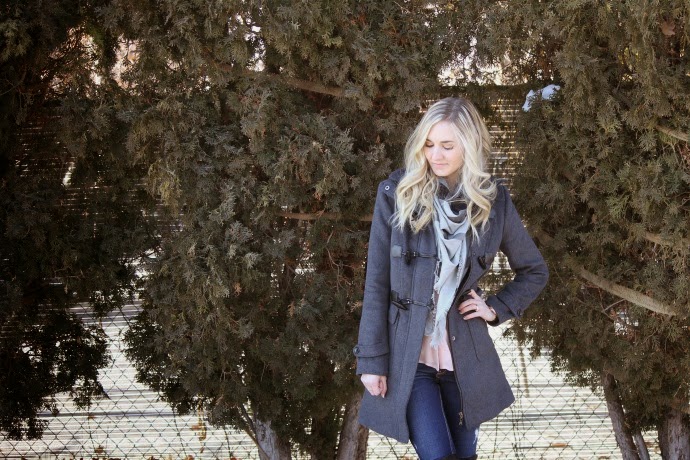 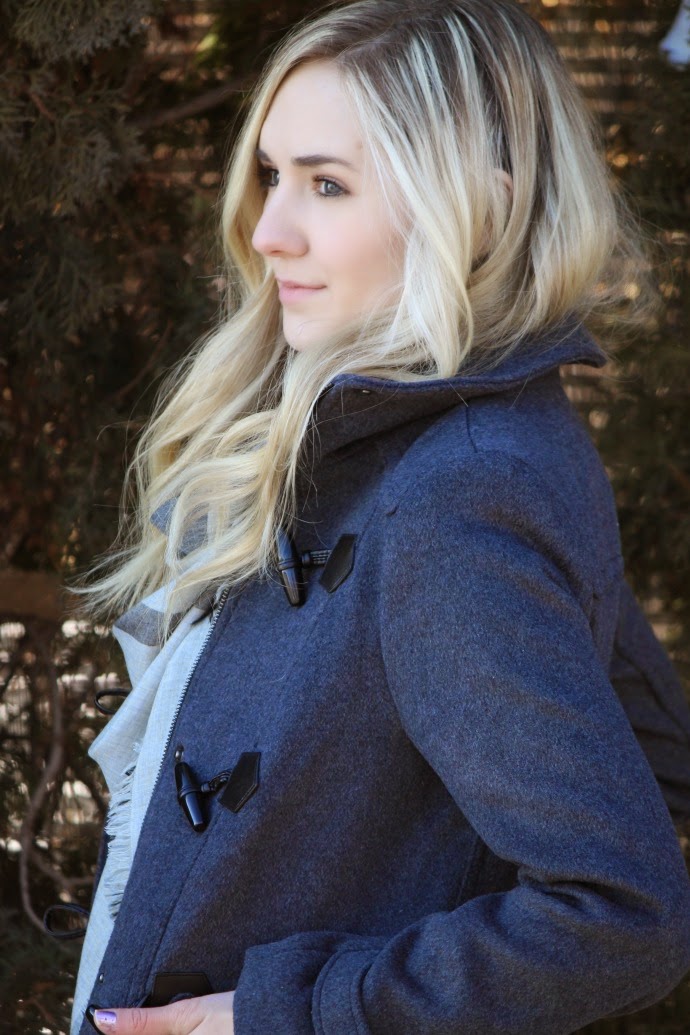 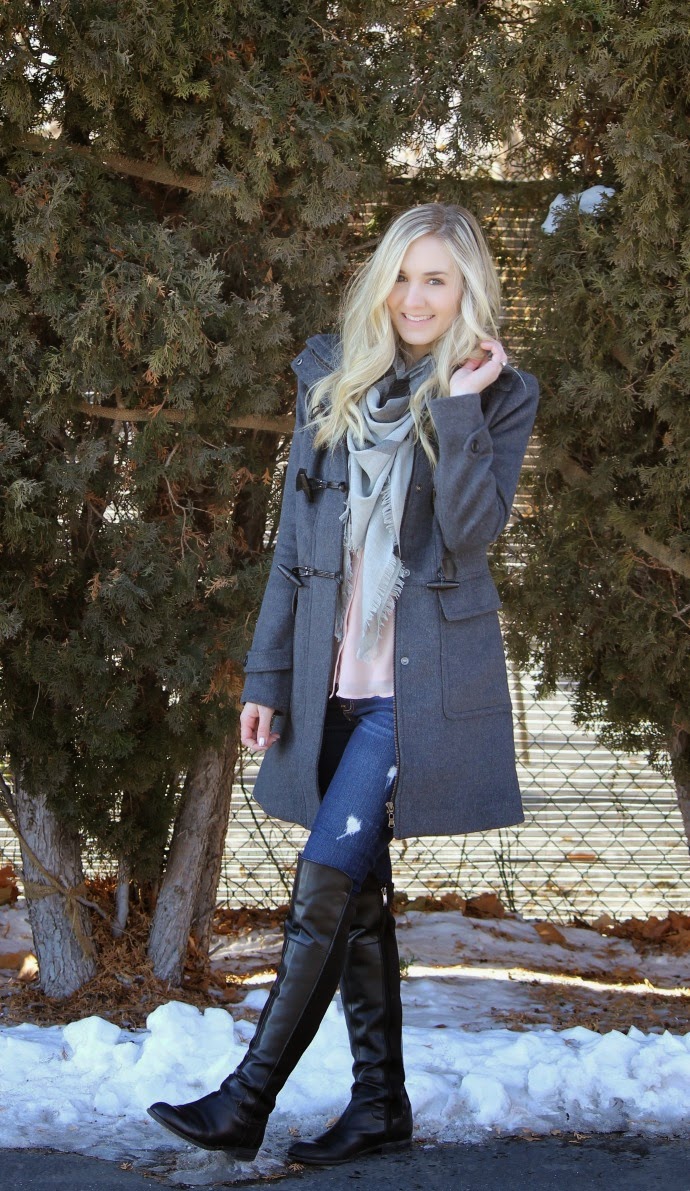 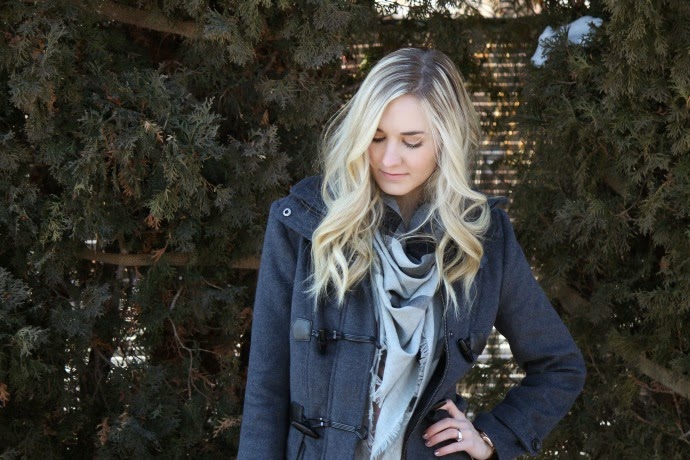 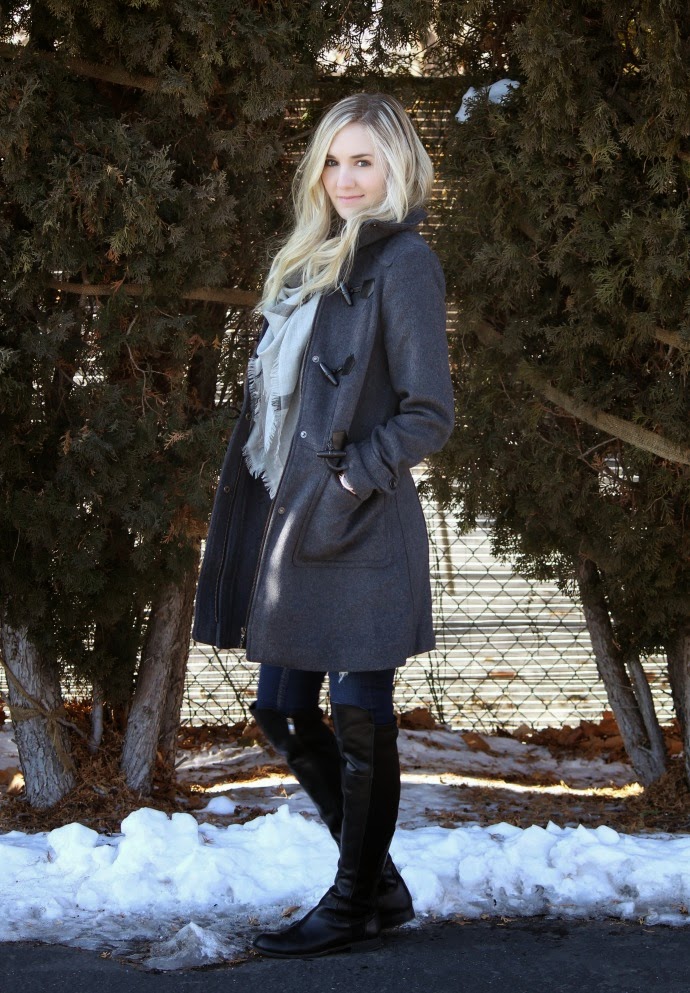 it’s officially FREEZING (and actually has been since like 2 weeks ago) when these pictures were taken it was close to 12 degrees! and no, you can’t buy that flush of red on my cheeks and nose 😉

on Instagram I shared that Nash had surprised me for Christmas with this Burberry scarf, I had been wanting it for months and the second that I saw it was on sale I hurried and told him! but of course (because this always happens to me) it became sold out and unavailable at any stores in my state. I was pretty bummed, but a couple days later it was online again .. I rushed to Nash and told him and he seemed so uninterested 😉 which didn’t shock me because we are trying to save our money for things for our new house and I just assumed that it just wasn’t in our budget and I’d have to forget all about this scarf. well I’m not one to easily forget 😉 and everyday I would check online to see if it was still there and people kept writing reviews and I felt like I was missing out. I told my family just what an investment piece it would become, because of the cost per wear 🙂 if you’ve ever calculated that out – it’s a great way to see if you’ll get your money’s worth. I knew that this would be in my closet for decades and it would be a signature piece in my wardrobe .. I had all the reasons WHY I should get it, but the price -still- was tugging on me. but… Christmas morning on the bottom of a box it laid. Nash got me good, he never mentioned anything about the scarf and apparently bought it the day I told him it went on sale. So all my chattiness the days after were for nothing 😉 but I’m happy he kept it a surprise because it was so funny (I started crying in the video my mom took, I felt like an idiot) 😉 ha! I know it’s just a material thing but Nash’s thought and effort into surprising me with something I really loved was so thoughtful. I’m working on being as giving and selfless as he is. That’s a goal I have for this year, and always. 🙂

so I love gray (the girl in the gray scarf 😉 and that’s why I entitled the post ‘my favorite neutral’. we’ve been busy painting the house a lighter gray shade and I’m so excited to have it all finished!

*advice on buying a designer brand is to purchase something neutral – it’s timeless and can be worn with everything! you’ll definitely get your cost per wear out of it!

I hope you were able to celebrate the New Year with people you loved! I sure did, and even though I started heading to bed around 11:30, I was able to snuggle up with my husband and puppy and they were my New Year’s kisses! I love them and am so excited for 2015!

thank you for reading!

You may also enjoy: